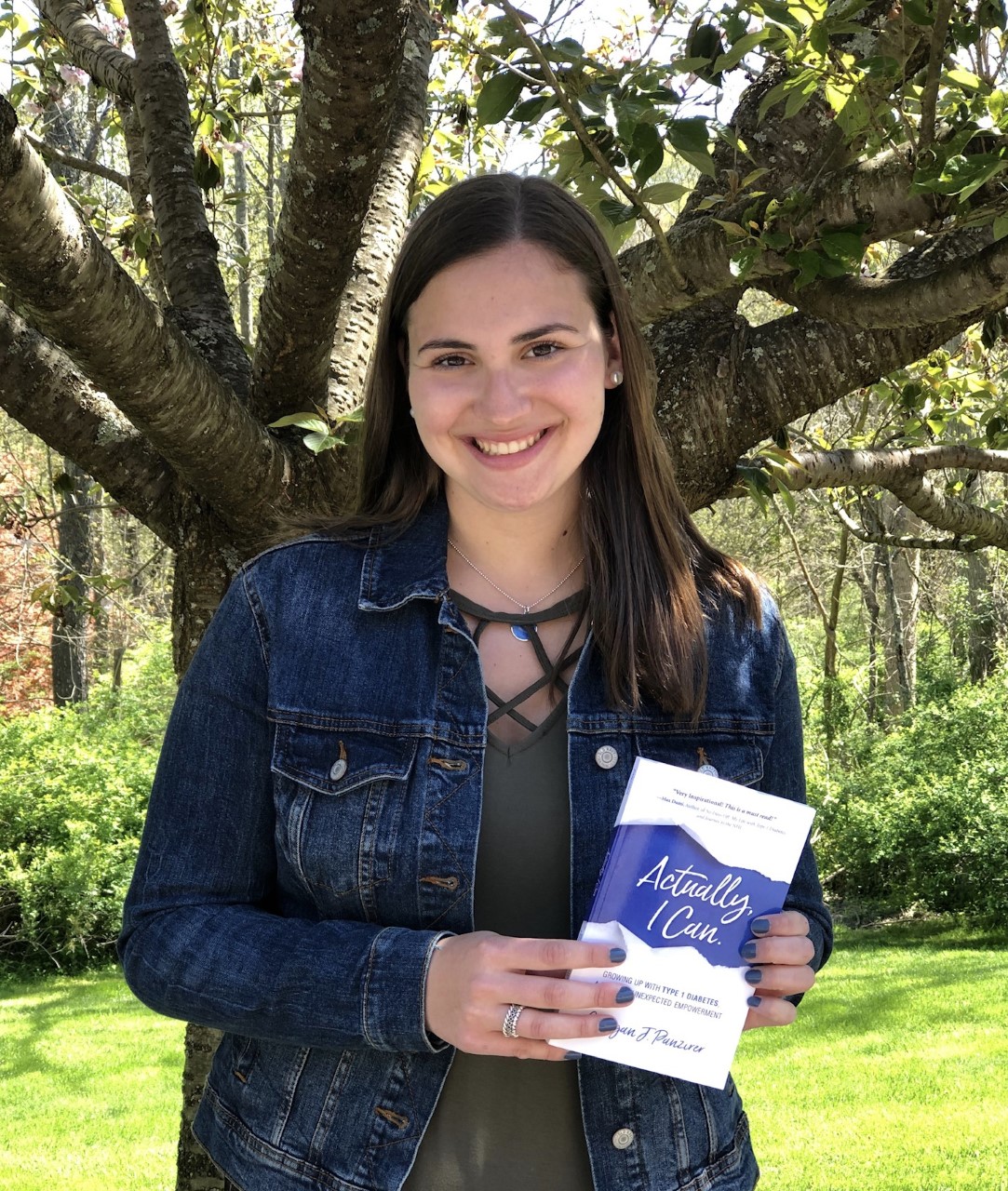 It is now in year 12 that my dear friend and wife of my Little Brother (from another mother but just as close)Mark has left this world.  Lisa was a one-of-a-kind woman who proved to the world that one person, just one, is all it takes to change the world; the Power of One.  In memory of that voice that changed the world, I made a promise that I would give Lisa Awards each year to deserving individuals that understand the Power of One.

It’s given to people who, in their own way, change the world just like Lisa did.  This is a VERY BIG deal to me because these awards are not given lightly.  They are given in honor of a woman who was not satisfied to just feel sorry for herself, she changed many lives and I miss her to this day.  My friend Lisa passed away in 2009, at the young age of 36. She battled cancer longer than any doctor thought she would, or even could. Through her life, I learned a hugely powerful phrase that will live inside me forever, along with Lisa’s memory: The power of one person.

Here is a quick summary of Lisa’s story, before we get to the awards. She was diagnosed with cancer.  Lisa and Mark shared their writings of her journey, in real-time, with a hundred or so friends and family members, all of whom were inspired by each word. People learned, shared, and were in awe of their strength and dedication.

And then something happened.

People who were not part of the inner circle started reading the blog posts, and those people became inspired. The hundred readers became five hundred. In no time, the number of readers rose to 1,000, then 1,500. Soon 3,500 people were following Lisa’s story at every turn, both the good and the bad.   Lisa and Mark were so brave in the face of incredible hardship and they inspired others to do the same with grace and dignity, sprinkled with humor.

And then something else happened.

A TV station found out about Lisa and they ran the story on the evening news of her incredible efforts to teach others. Millions heard her story and were inspired by the magic she possessed — the determination to live life and taste every last drop was shared with millions.  So many others now facing trials hit those trial ‘head on’, inspired by this young couple.

Eventually, what Lisa and Mark shared so openly, became a reality and she succumbed to the physical-ness of what cancer can do.  Her spirit, though, was never defeated.  The war would go on with Lisa and Mark’s teaching. Her “power of one” changes lives to this day.

This column, surrounding Lisa’s birthday month, pays tribute to those who understand Lisa’s philosophy of the power of one person. Because I’m more versed with the happenings inside the diabetes community, my Lisa Awards are given to those people who live Lisa’s determination to make a difference with the “power of one” in the diabetes community. These people don’t do it — whatever ‘it’ is — for only themselves, they do it because they think it will make a difference in the lives of those with diabetes. Lisa’s words live in these special people — they know and understand the power of one.

Also, just over a year ago, I lost one of the most influential people in not only my world, but the diabetes world as well, and a dear, dear friend.  Paula Ford-Martin is the reason I have the mantra Diabetes-Dad.  She was a writer, editor, and all-around genius-with-the-word whether in print or broadcast media.  She was a book author, a blogger, and to me; is the main reason the dLife TV show on CNBC was as good as it was.  Paula passed just over a year ago in the same battle Lisa had, and she also is the only one who I bestowed the Lisa Award to twice because she not only understood the meaning of the Power of One, she lived it as an open book right to her less breath to teach others, not only in her own illness, (www.livingwithstageIV.com), but in the real life of her own children’s transition, she became a voice to be heard in the LGBTQIA community as well.  This year, each recipient of the Lisa Award-Power of One is awarded to those who used the written (or/and spoken) word in making a difference; in honor of Paula as well.

This year’s recipients are:
Morgan Panzirer.

Morgan’s book, Actually I Can, is an autobiographical account of her life living with diabetes, with the key emphasis on ‘living’. And living she is indeed doing. Now in college in a pursuit of entering the world of medicine, and a lifetime meeting everyone from presidents to superstars and even the pope; but also battling high blood sugars and daily diabetes management, it’s quite clear that Morgan is surely experiencing EVERYTHING life has, both good and bad. It’s not easy to put it all out there showing the world who you are, it’s a tad surprising when it’s someone as young as Morgan. Still in her teens when she wrote the book, her account of what it’s like living with T1D is a must read for anyone, but specifically for those in their teen years. A few years ago, I wrote about Morgan’s dad, diabetes philanthropist and businessman, David Panzirer. Like her dad, Morgan calls them exactly as she see them in her life, and the life she leads, as she deals with diabetes. She makes it clear that there will be no pity-party in their house, she has too much living to do. Morgan’s book is a realistic look at what she goes through every single day and how important it is to keep a self-check on all you do both physically and mentally, when it cones to T1D. She understands what she has and what she needs to do. She understands she is more fortunate than many, but she also lays it out for others to understand that diabetes just doesn’t care who you are and/or where you’re from and she readily points out that it’s not the fear of the storm but more about learning to dance in the rain. She makes it clear to all who are reading her book that if she can live with T1D, anyone can. ………that you will come out on top no matter what it takes.
As I read, I came to understand that this is one very special young person. As I interviewed her for an upcoming article, I was touched by her sensitivity to those who had to undergo what she did. She now feels it’s her mission in life to let others know what she found out…..yes, actually, they can. When others might have just kept silent, Morgan is a living voice of The Power of One.

Stacey is a host of a podcast at Diabetes Connections, which she does; and an author, The World’s Worst Diabetes Mom—which she clearly is not. With a very extensive background in broadcast journalism, Stacey traded in the glitz and bright lights to help others as she conquered her own trials being a mom to a son who was diagnosed with T1D just prior to turning 2.
The amount of awards she has won and the amount of recognition her podcast has been given changes nothing of Stacey’s drive to just help………one parent at a time. To help people living with diabetes…….one person at a time. Her interviews read as a who’s who in the diabetes world, and it is not uncommon to find hear lectures online about being ‘the worst mom’ across the United States which are really just morsels of experiences she has learned over the years. “We must make mistakes in parenting, it’s how we learn and it’s how how we can best give our children the gifts of resilience and self-confidence.”
Her velvet voice and incredible interviews make listening an absolute joy and one of the easiest and best ways to educate ones self about diabetes as a whole and also to hear what powerhouses in the diabetes world have to say. One microphone, one woman, and a whole lotta good for this world to experience. Power of One, indeed.

Renza is one of those people who, wherever and whenever you see her walking towards you at a conference, you automatically just smile. Chances are, as she is walking toward you, she is already smiling. She possesses an incredible energy that just shines out of her. Her Diabetogenic, Real Life with Diabetes Award Winning Blog is as much an educational tool as it is a sword for those who do anything to lessen the voice of a patient’s needs to be heard loud and clear. When I saw the picture I included in this article, it just shows you who Renza is (minus being a wife and mother too) doing what she is known for, the written word. Living in the world down-under, she travels from Australia as much as needed to lecture and share he experiences, her wins, her loses, and her life living with T1D for over 20 years. Renza lays it all out there for all to see and she is also not afraid to pick up the baton for those voices needing to be heard. A woman who lives by the mantra that her life is not about diabetes…..and it is isn’t, it’s about helping others. Renza is as comfortable being a lead panelist at a worldwide conference as she is is sitting with you having a glass of wine. She is as comfortable speaking to a child about living with T1D as she is fierce about giving a voice to those who go unheard, In as much as I just love seeing that smiling face coming towards me at a conference, I’m just as grateful that my kids with T1D have that advocacy voice speaking up to better their lives. She is a force that proves just how valuable a voice can be, even as a Power of One.

And that rounds out this incredible year of Lisa Award Recipients. Hard to believe that it’s 12 years since Lisa left us, and just over a year since Paula did. If there is one thing I have learned doing these awards each year, it’s just how magnificent people can be. And the world is full of those who just believe that the Power of One, is Power enough………to change the world, even if it is just one person at a time.

0 thoughts on “This Year’s Lisa Awards”