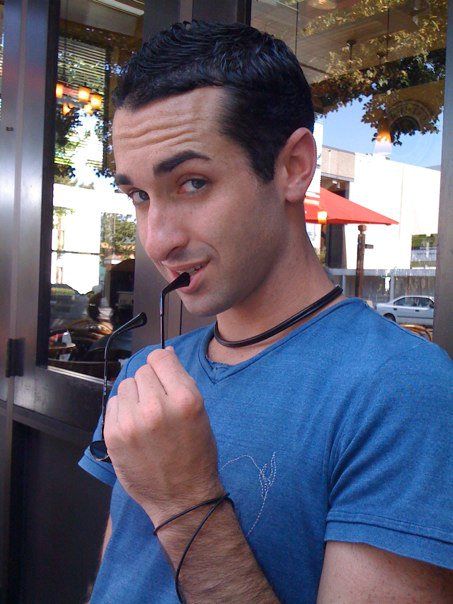 As we end this 2021 and begin 2022 I sit staring at the sky with amazing clouds cutting through like huge cotton balls on a jet-blue background.  I’m trying to find the right words.  My normal final two columns each year are usually a take on ‘Twas the Night Before Christmas and a Goodbye column to the end of the year welcoming the next, all with a diabetes ‘flavoring’; but to be quite honest it’s just not there.  My heart aches, my heart pains.  Earlier this month we in the diabetes community suffered a major gut-punch and I just feel the need to address it.

Like everyone who knows Thom Scher (the CEO to Beyond Type 1, for those who do not) I was beyond devastated at hearing about his death while he was in New York City on business.  He was too young.  He was too bright.  He was too good. He was everything one would say that now results in the complete loss that he is gone.  Many, many, deserving accolades have been stated, written, and spoken by so many.

In his very short time, not only on this earth but as part of our diabetes community if Thom taught us anything, he taught us that; YES! There is a way to do that, makes anything possible. When I read that Beyond Type 1 and the JDRF had come to an agreement to form an alliance it was a trumpet call to the world……..find the ways to work together, not the way to say no.  Then, again, with ADA.  And many others as well. That is how Thom worked.

Thom was not just a believer of the whole entity being larger/better than the sum of the parts, he believed that ALL the parts make up the whole.  When you see that organizations such as Tu Diabetes, Diabetes Scholars, Jesse was Here, JDRF Alliance, ADA X BT1 Partnership; and programs such as expanded sites into different countries/languages, advocacy initiatives, type 2 community, and more, all now fall under BT1’s banner, it truly is a testament to how Thom worked.  The way Thom and I really came to know each other was with the programs on the missed diagnosis of T1D.  Since before Reegan’s Rule and other initiatives, we worked closely to see the stage set for BT1’s efforts.  In one of our conversations Thom looked me square in the eye and he said, THIS will be in all 50 states, I promise you that. And it very well will happen.

A while ago when we met at a conference, someone came over to us and I introduced Thom and he immediately honed-in to find out who this person was, and what he could learn.  When asked the question he was asked many times, did he have anyone in his family, he began to answer and I cut him off, “You no longer can say you have no one in your family, in fact you have one of the largest families I know.”  He assured me that moving forward his answer would be amended.  My family, your family, the BT1 employees’ families, his friends and their families, the Diabetes Community, Thom most assuredly now had much family who lived with diabetes.

But now Thom has left this world.  His visions need to carry on, must carry on.  And THAT my dear friends, is on us.  In his short time did we learn that working together on……….well……anything is possible if we only have the desire to do so?  Did we learn that, yes, we all have objectives but the Venn diagrams of all our existences have enough overlap of commonality to build GREAT things.  Did we learn that, I surely hope so?  But what will we do about it?

How my heart goes out to Thom’s Family and all who knew him and loved him.  My heart so aches since the day I received the call.  As we go into 2022, my pain must be turned into action.  There is no way on this living earth that Thom Scher would want anyone to be looking/walking around in circles asking what is next?  He would challenge us to get off our butts and get moving in the right direction forward.  I pledge that to you Thom, I owe you that.  And so, don’t we all?

I am a diabetes dad.
Please visit my Diabetes Dad FB Page and hit ‘like’.  Tagged diabetes dad,  Thom Sc.her, diabetes inspiration, just don’t do nothing

0 thoughts on “More than Words, Thom would want Action”