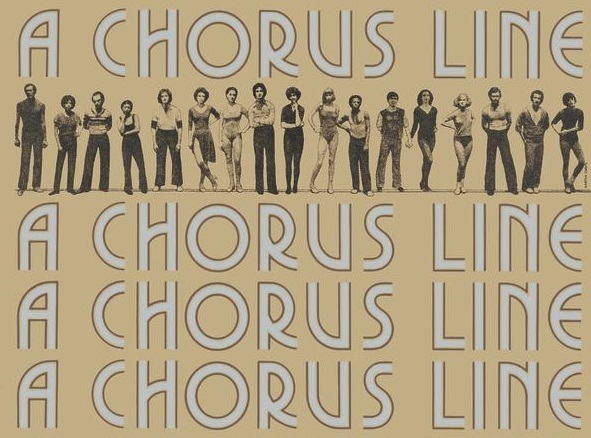 Have you ever had a defining moment in your life?  Something happened and at that instant you knew that things would never be the same.  Tragedy, or the diagnosis of a loved one with something that will change ones life forever comes to mind pretty quickly I’m sure.  But when not a tragedy but, rather, a calling.  Something happens that you are so sure of what it is and  that it becomes the loudest voice you ever heard?

Over the years, many people have asked me when I decided to be an actor.  Well the first calling, for sure, was in High School when I was in Godspell.  Performing in it, seeing it on the New York stage, and in the movies, reaffirmed my new-found love for the theatre. But the defining moment that this ‘acting thing’ was not only something I loved but something I wanted with my whole being was, in actuality, due to three friends.  Three friends who merely performed together and, yet, it was right then and there that I decided that I want to be able to do ‘that thing’ that touches people sitting in an audience chair; for the rest of my life.

A Chorus Line had such a profound impact on my life.  A show put to music about being in the theatre.  A show about what I wanted to do.  A show that celebrated the trials and tribulations of being a ‘theatre person’.  I wanted, more than anything, to be a ‘theatre person’.  As I watched a Chorus Line on Broadway I was riveted at every single line, every single dance step, every note sang, and every single word uttered.  The show was so incredible, but that show alone is not what won me over.

You see, my whole body was captivated by this musical and I knew that nothing could ever be that good, that moving, that engaging……..ever again.
Or so I thought.

When I was attending Hofstra University, three friends announced that the next number to be performed would be them singing At The Ballet, from the musical, A Chorus Line.
What? Are they crazy?  That song is perfection, I thought.  Why would they even attempt to even try to sing it?  It’s a very hard song to sing, harmonize, follow, and pull off. These thoughts raced through my head in an instant. But there they were, Stacy Parker, Nancy Haas, and Karen Waldstein ready to begin the song.  No fear on their faces.  They glanced at each other, smiled, and the music began.

They sang and my life would change forever.

Those three magical and heavenly voices have stayed with me, as if it were yesterday, for over 40 years.  Lesson number 1; I learned that performance is based upon the confidence to move forward.  You have to take what is given and run with it.  Now Stacy, Nancy, and Karen may have been scared to death to perform that song but it showed nowhere.  Lesson number 2; if you are scared, don’t show it.  Do your preparation and run full steam.  Lesson number 3; because someone may have done it before you, does not mean you should not try also.  Lesson number 4; allow your heart to be touched by any performance.

Now when I hear that song, it’s not the three actresses from the Broadway Show that make me smile, it’s the faces of Stacy, Nancy, and Karen singing a song that touched my heart. Were my three colleagues better than the Broadway actresses? That didn’t matter, and it’s not my point (but should you be asking, they were pretty damn close).  What mattered was how they touched my heart. That is the picture in my mind. I will forever be in their debt and I thank them from the bottom of my heart.

My lesson in theatre is also a lesson in life.  Sometimes we are so petrified to ‘try something’ that we stand idle and do nothing at all.  Do your homework and go forward, you may be surprised and it very well may be that what you do will be what is remembered.
Food for thought.
I’m a DiabetesDad
Please visit my Diabetes Dad FB Page and hit ‘like’.

0 thoughts on “A Defining Moment……..Can Happen at any Time”