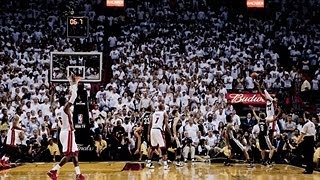 Plain and  simple….Ray Allen is a diabetes dad.

Plain and simple Ray Allen scored a three pointer to put last game to over time.

Plain and simple Ray Allen is on the NBA Champions’ Miami Heat.

Plain and simple, the Diabetes Research Institute is proud to have them involved with us and congratulates Ray on his championship.

Plain and simple……..Ray Allen is a diabetes dad.