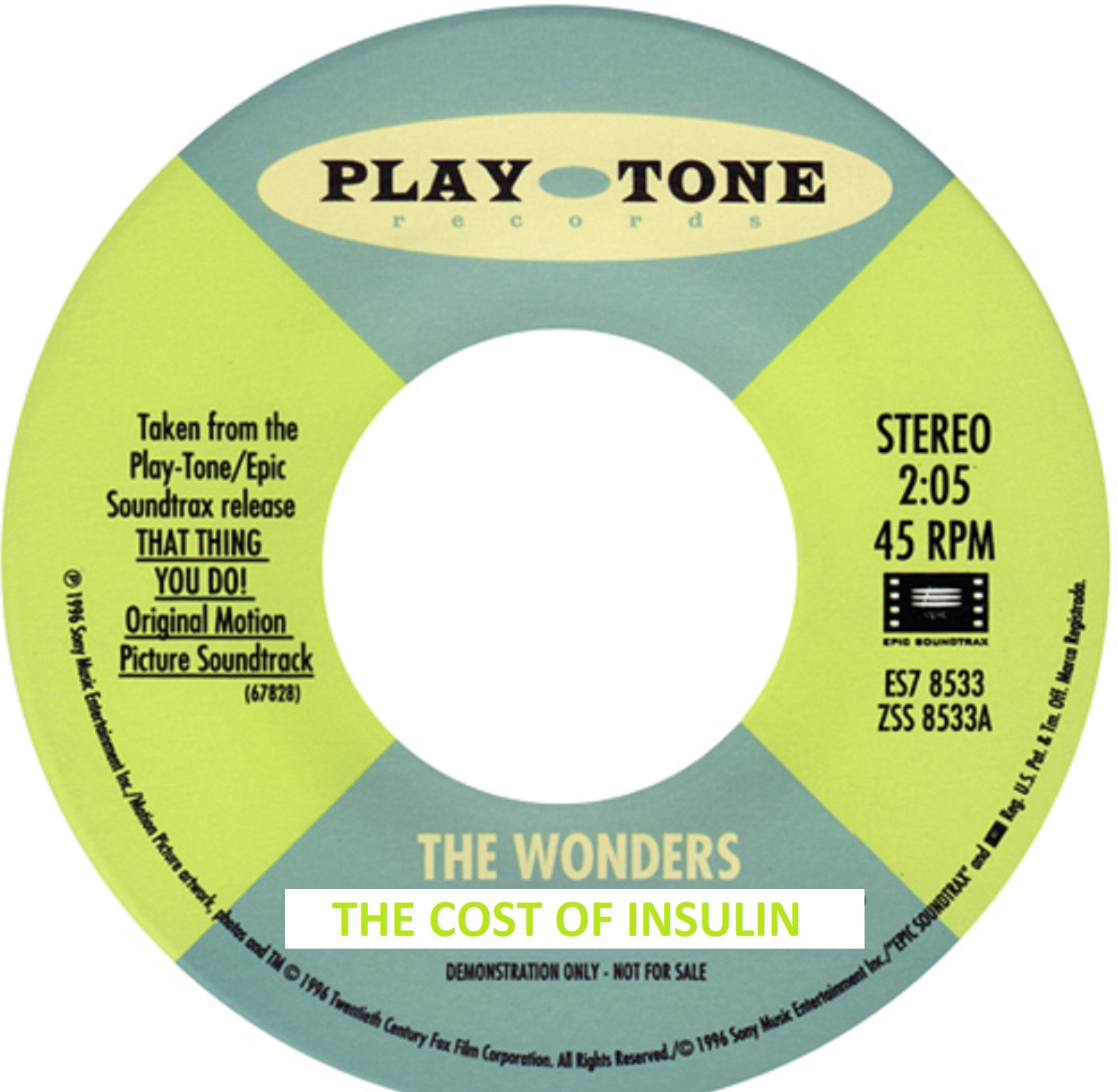 There was a movie with Tom Hanks making the rounds a years ago entitled,
That Thing You Do.  Wikipedia describes the movie; A small-time rock band rides a big wave of success with the help of a savvy record-executive and a catchy single.

You? You’re the small time rock band.  The savvy record executive are the voices who started this outcry.  And the catchy single is the unfairness of insulin prices.

The movie is about this small town group, with just a small voice keeps pushing and riding and yelling from the mountain tops that they have a good song.  Finally, a company called PlayTone (starting out as fictitious record company for the movie and actually established in 1998 by Mr. Hank and friends) signs them and pushes them to the top.  Had the voices not been there early on, the success would not have occurred.

Now read this first line from a Reuters article two days ago, and read it carefully.
Powerful committees in the U.S. Congress held hearings on Tuesday on insulin affordability and high prescription drug prices, an issue both chambers have said is a top priority for the year.

Before all of the many large organized diabetes groups jumped on board; and just as in the movie, you need big time to take you to the big time and they are a welcome site, there was just you.  You who have diabetes or have a child with diabetes first said, This is unfair, the current costs are going to be hurtful.   You wrote letters, you protested (even by yourself), you posted on social media…..you…..the voices in the diabetes community….before anything that occurred, became organized, or became unified……it was just you….that one voice who cared enough to “just not do nothing”.

So there is surely much work to happen yet.  But before all the big guns jump out and send press releases telling you of their wonderful efforts…….and they surely were and are wonderful efforts……..I just want to add a word of thanks to all those who one will not read bout, see, or hear about.   But know this, with no uncertainty, without those voices to tell the stories of rationing, cutting insulin doses, and simply doing without when no one else thought it cool enough or news worthy enough; we would not be here today.

Like I said…….more to do…….but thank you diabetes community, your voices are about to turn into a roar.  A number one hit no matter how you look at it.