Ten years are a long time.  I just cannot believe that ten years have gone by that our sweet Lisa left this world.  But she went out with a voice shouting from the mountaintops and it is in the memory of that voice that I keep the promise I gave to my Little Brother (honorary), Mark, that in honor of his wife I would bestow The Lisa Award each year to those who understand The Power of One.

It is given to people who, in their own way, change the world just like Lisa did.  This is a VERY BIG deal to me because these award are not given lightly.  They are given in honor of a woman who was not satisfied to just feel sorry for herself, she changed many lives and I miss her to this day.  My friend Lisa passed away in 2009, at the young age of 36. She battled cancer longer than any doctor thought she would or even could. Through her life, I learned a hugely powerful phrase that will live inside me forever, along with Lisa’s memory: The power of one person.

Here is a quick summary of Lisa’s story, before we get to the awards.

She was diagnosed with cancer.  Lisa and Mark shared their writings of her journey, in real-time, with a hundred or so friends and family members, all of whom were inspired by each word. People learned, shared, and were in awe of their strength and dedication.

And then something happened.

People who were not part of the inner circle started reading the blog posts, and those people became inspired. The hundred readers became five hundred. In no time, the number of readers rose to 1,000, then 1,500. Soon 3,500 people were following Lisa’s story at every turn, both the good and the bad.   Lisa and Mark were so brave in the face of incredible hardship and they inspired others to do the same with grace and dignity, sprinkled with humor.

And then something else happened.

A TV station found out about Lisa and they ran the story on the evening news of her incredible efforts to teach others. Millions heard her story and were inspired by the magic she possessed — the determination to live life and taste every last drop was shared with millions.  So many others facing trials hit them ‘head on’, inspired by this young couple.

Eventually what Lisa and Mark shared so openly, became a reality and she succumbed to the physical-ness of what cancer can do.  Her spirit, though, was never defeated.  The war would go on with Lisa and Mark’s teaching. Her “power of one” changes lives to this day.

This column, surrounding Lisa’s birthday month, pays tribute to those who understand Lisa’s philosophy of the power of one person. Because I’m more versed with the happenings inside the diabetes community, my Lisa Awards are given to those people who live Lisa’s determination to make a difference with the “power of one” in the diabetes community. These people don’t do it — whatever it is — for only themselves, they do it because they think it will make a difference in the lives of those with diabetes. Lisa’s words live in these special people — they know and understand the power of one.

This year’s recipients are: 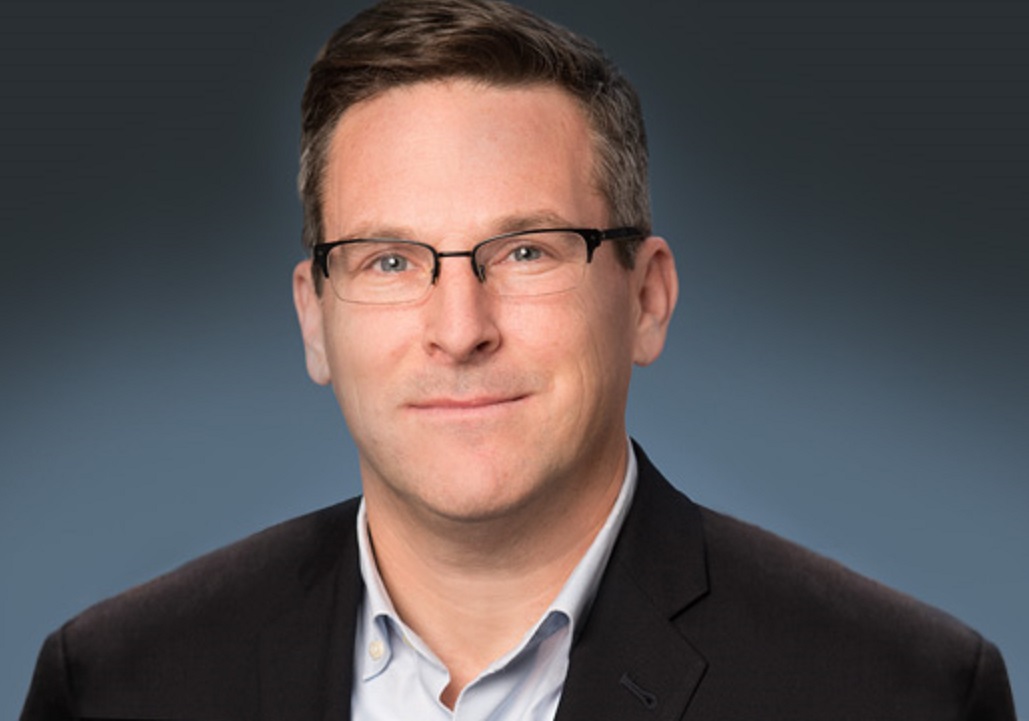 Aaron Kowalski, Ph.D. — CEO, JDRF — A 15-year veteran of JDRF and the first person living with T1D to lead the research organization, Dr. Kowalski has a strong record of spearheading impactful strategic initiatives and forging new partnerships from his previous role as JDRF’s first Chief Mission Officer.  But Dr. Kowalski is not a recipient of The Lisa Award just for his new role as JDRF CEO, it is because of his unyielding desire believing that good, is not good enough.  No matter where you look; running, riding, testifying, lecturing, one-on-one conversations and/or leading, he is a true living example of how important this Power of One truly is, he lives it.  Make no mistake, he will credit those he works with before taking credit himself, which only makes him even more deserving of this award.  When it comes to true diabetes advocacy and understanding what this world needs to become for a better world for himself, his younger brother, and the rest of the world living with this disease,
Dr. Kowalski is the absolute “Real Deal”.   I have had the pleasure and privilege to be side-by-side presenting with Dr. Kowalski and working with him in other dealings, and his brilliance is only outdone by his compassion to making a huge and true difference in this world of diabetes.  Great things lay ahead.  Power of one; indeed. 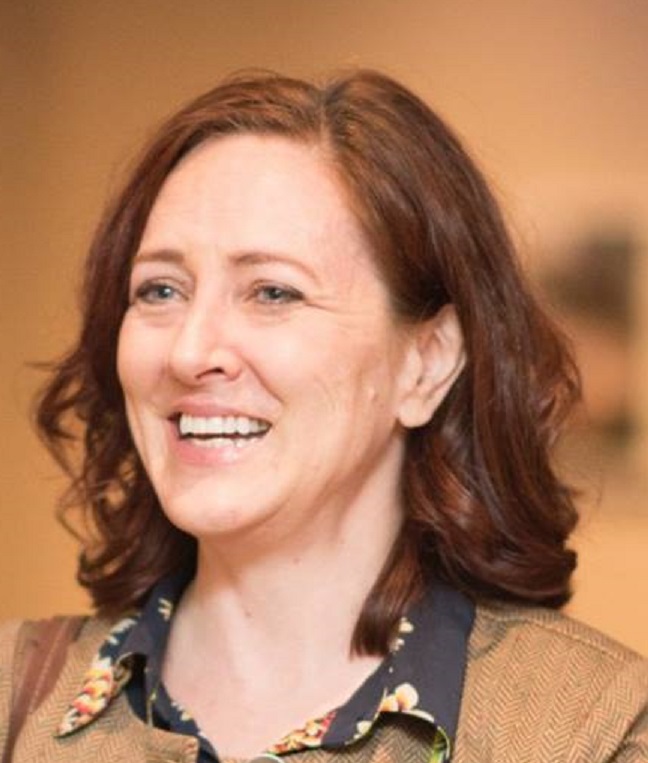 Kim May — President/Founder Nobox Creative — or perhaps she should better be known as supermom.  In addition to being the owner of a hugely successful Ad Agency in Amarillo Texas, Kim has never forgotten the day that she laid her almost lifeless son, at the age of four and with a blood sugar of over 1000, on a hospital gurney stating for the staff to get to work on saving her son from a newly diagnosis of type 1 diabetes.  Already a powerhouse in the community, she co-created GetDiabetesRight.org, a site dedicated to allowing people to download creative posters to be used for diabetes awareness within their communities on the warning signs of diabetes and what to do when these signs become evident.  Hundreds of thousands of posters have already been downloaded and distributed  Not nearly done with her efforts, Her Power of One continues as one of the founding and continuing Board Members of the Diabetes Foundation of Higher Plains in Texas which runs a camp each summer and also funds diabetes research.  She and her husband, Jentry, are hugely dedicated to their family and her two sons’ MANY activities, as well as the community they live.  Kim has left her mark on everything from museums, to churches, to Amarillo and Connect Magazine, to so many things diabetes.  Her Power of One is unyielding although she too, would be the first to say, she has a lot of help. 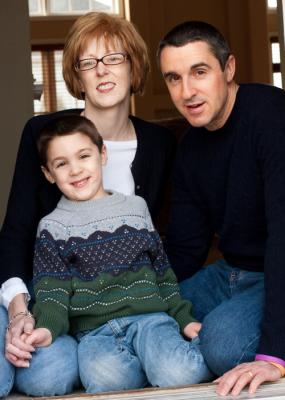 Matthew Carlinsky — Lisa and Mark’s Son.  As soon as I knew that Matthew would be one of the Lisa Award recipients this year, I wondered how far I would get before i completely lost it and the tears would flow.  For the record, the tears started before I finished typing his name.  And I’m sure they will continue, so I will just keep going.
The main reason for the tears is that Mark’s upbringing of Matthew and the fine young man Matthew is turning out to be is EXACTLY as Lisa would have wanted it.  Mark is not easy, he has always demanded striving for the best, mostly in himself.  To be able to do that in also a loving way to a son, and as a single parent is no easy task,  But right back at him, Matthew is no lightweight either. They surely bring out the best in each other. At the age of four, Matthew was dealt a blow that no child should ever have been given.  He lost his mom.  There is no doubt that Mark has kept Lisa’s memory deeply arrive in Matthew and it is what Matthew has done with it that, he too, is being awarded a Lisa Award.  It’s important that one remembers how important this award means to me, and remember what I have stated in the past, I do not give it lightly.  Matthew has not only accepted his Mom’s Power of One, he has come to own it.  As it was important for him to be helped by The Family Lives on Foundation, Matthew knew that in his Mother’s memory and teachings, it was time to give back, even at his young age, and give back he does.  Through the organizations “Traditions Program” kids get to relive an activity or tradition that was special to their parent.  For Matthew and Lisa it was Holiday and Birthday baking.  Cookies and cupcakes.  Matthew states that, “The Traditions program definitely helped me cope with the loss.”  But more than that and realizing that his Power of One could make a difference, Matthew turned all of this into a month long awareness and fund raising effort.  Being a member of his Oyster Bay High School’s National Junior Honor Society (which I’m sure mom smiles down upon as well), Matthew enlisted the help of his fellow students to raise the highest amount of money the high school chapter has raised in 17 years.  (Side note under the full circle ‘small world’ title, My wife, Jill, was a graduate of the same high school).  In the picture above, gone is the little boy sitting in his mom’s lap replaced by a strong young man and the photo shows Matthew addressing the crowd at the Foundation’s Annual Ball in Pennsylvania thanking them for recognizing his efforts.  He pledged to continue assisting Long Island Families involved with the Traditions Program.  Even as a ninth grader, Matthew is an absolute living legacy to his mom who believed that One Person can make a difference no matter where they are, or where they go, or what they do.

Congratulations to this year’s recipients.