Soooooooooo I listened to the The Oversight and Investigations Subcommittee recording of the meeting held today, Wednesday, April 10, at 10:30 am on The Hill. The hearing was entitled, “Priced Out of a Lifesaving Drug: Getting Answers on the Rising Cost of Insulin.” Once again, you can click the link to see the hearings yourself (remember that there was a vote which delayed the start and you must slide the video cursor to about 1:53:21 for the actual start of the hearings.–Know that it’s a long hearing)

I finished watching the hearings and to be honest, I placed my hands on my face and screamed until tears flowed down my cheeks.  Literally.  My stomach hurt.  My head hurt. The witnesses, who were sworn in under oath and all waived the rights to legal counsel, were from Insulin companies: Lilly, Sanofi, and Novo and PBM (Plans Benefit Manager)s represented were CVS Health, Express Scripts, and OptumRx.  These are the giants among the giants in all insulin supply and pricing.  The names of the individuals matter little in the scheme of things but know they were all from the hierarchy of these companies and spoke on their behalf.  I will be referring to the company name just to try to make this a tad easier to follow.

Chairwoman Congresswoman Diane DeGette (a mom to a daughter with T1D) relayed a heartfelt opening reminding the witnesses that the Committee heard heart-wrenching stories the week before from witnesses whose theme was universal; The present system in pricing of insulin is opaque, non-transparent, and no longer represent the patients best interests. She further challenged that the goal was not to unjustly blame but rather, what can be done to fix the current situation.

I think we might get further if we were to just blame.

It was clear that the line in the sand had the insulin companies on one side and the PBMs on the other.  I listened as each one stated their case so matter-of-factly, as if this is the way it must be.  There is a ‘formulary’ (the list of medicines) that is presently in place by the PBMs. Rebates, discounts are all based on these ‘formularies’. (I wish these people could have heard themselves talk).   Depending on what discounts and rebates are given in these ‘formularies’ dictate the price you pay for your insulin.  A generic insulin cannot be introduced because it would throw off the ‘formulary’ that is now in place.  In a nutshell (according to the manufacturers), manufacturers cannot add lower priced insulin to the market because the PBMs will not allow those insulin prices to be included in the existing ‘formularies’.  The PBMs stated that it’s the system in place that prevents them from doing anything.

Congressman Walden from Oregon asked the Insulin Companies if generic insulin was being prevented being part of the ‘formularies’ as a decision made by the PBMs?  The answer was, ‘Yes’, from the insulin companies.

Dizzy yet……yeah, me too.  It was like watching the Who’s on First routine.  (click the link to see it, for what it was supposed to be back then, it was very, very funny) The routine made famous by Abbot and Costello that no matter how much is said, you end up right back in the same place……………………..not fully understanding anything.

That describes what I saw.

And yet, all six representatives touted what incredible discounts the patients were given and how much they had done for those who were in need.  This created a stir and responses like the one from Congresswoman Schakovsky from Illinois who chastised all of them because giving the ‘breaks’ they all stated allowed each companies tax incentives for doing it.  Loudly she stated, “Tell me I’m wrong!!!”  No one spoke up.

When Congressman Ruiz from California asked, “What will each of you be willing to give up to make insulin more affordable?”, and when the answers started to sound like prepared statements on what is done for those in need, the Congressman shut it down, “Your solutions have not worked.  Theoretic reasoning is not helping the patients.”

The representative from Sanofi was being challenged again, and again, and again, on savings by Congressman Kennedy when the rep started, “We announced today…….”  “TODAY?????” Mr. Kennedy cut her off—-“Today????……being before congress…….”
Congressman Kennedy (his passion reminded me of his Great Uncle, Ted Kennedy, who was known as lion on healthcare issues) crossed his arms and stated that both sides have to stop blaming each other.  “The status quo is not going to continue……it can’t.”

During the hearings, probably the most troubling statement came from the representative from Novo Nordisc who stated that the ‘formularies’ in place were the way for each insulin company to reach the masses, we cannot put that in jeopardy.

I guess from a business standpoint, sure, but what about the patient?…….they live in jeopardy constantly.

Congressman Tonka from New York asked a series of questions to be answered yes or no.
“Are you all aware of the stories of those rationing their insulin?”
All six—-“Yes”.
“Have any of you had to ration insulin?”
All six—-“No.”
“Have you ever had to choose between buying food for your family or buying life saving medication?”
All six—-“No, and no one should.”

The reasoning given by all six on what could and could not be done to alleviate this problem, or the lack of an answer therein, was nauseating time and time again.  Leaning on the way ‘things have been done’ as the reason for not doing anything to change the problem today was frightening at best.

And after almost three hours, the hearing came to an end.  I’ll wait until next week and I will reach out to Congresswoman Degette’s office and ask her the exact question that anyone who watched today’s hearings would find themselves asking…………………What in heaven’s name is the next step?

Our Congressional Leaders have been incredible thus far.  Let’s hope it’s the start of the change. As one person noted, this mess has indeed created the one thing Washington has been seeking for over two years……. a nonpartisan discussion.  That’s just fine, but did it have to be at the cost of members from our diabetes community and their very lives?

More will follow…………………bet on it!
I’m a DiabetesDad
Please visit my Diabetes Dad FB Page and hit ‘like’. 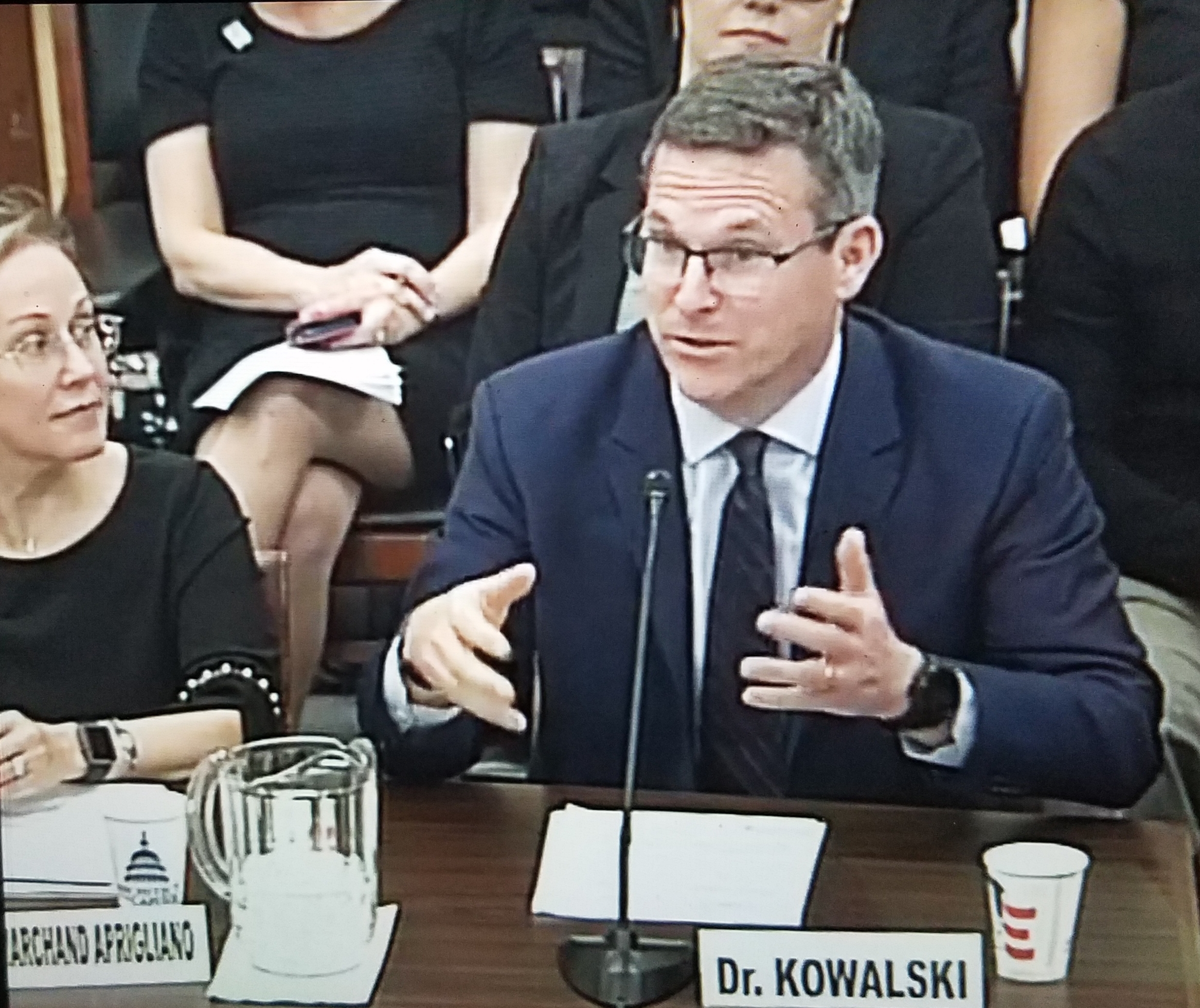 If you have any feeling whatsoever about the ongoing problem of the cost of Insulin, you must find a few hours to sit and watch Priced Out of a Life Saving Drug: the Human Impact of Rising Insulin Costs which was a Subcommittee on Oversight and Investigation of the Energy & Commerce Committee held on Tuesday, April 2nd.

It was riveting, engaging, informative, and I was left in tears, literally tears, at the brilliance and well-spoken representatives speaking on behalf of our diabetes community.  I honestly do not have the names of all of them but the ones who spoke the most; Dr. Cefalu from the American Diabetes Association, Dr. Kowalski from the JDRF, Christel Marchano-Aprigliano from DPAC; and there were others, Doctors, Patients, and people who understand living with diabetes in a world of increasing costs of Insulin; were nothing short of a very loud unified voice of reason mixed with a huge dose of reality.

Virtually every member of Congress attending this meeting came with the statistics about their home area.  They were ready to state the problems of what they were hearing ‘back home’ but as one watched the hearings continue something happened.  Something rare and extremely wonderful happened.  Very early on in the proceedings, The Committee was not so interested in stating what little they knew about diabetes in their own state anymore, they stopped; they listened.  They had willingly become the students.  And our diabetes teachers were nothing short of brilliant in their lesson plan,  Because their teacher……..was life.

Because every one who was up there representing…..well……us, who have or have a loved one with diabetes, via statistics, facts, personal stories, and representing thousands of other voices, rang true in the ears of our congressional leaders…….there is a problem, a big problem.  Hear us.

And I do believe Congress did.

Looking for transparency to understand where in the financing-chain is the mechanism to make sure that these ‘savings’ will get to the patient is just a step in the direction needed to be taken.  It’s not a single entity’s fault nor is there a simple solution.  Individual after individual pounded away as a boxer does with their opponent on the ropes, emphasizing that congress needs to be involved to change these parameters, that people are dying because they cannot afford insulin, or that they are dying while rationing insulin use.  Our speakers came with facts, figures, studies, and real life stories of what we all know already.

Each and every testimony from the invited panel painted a vivid picture for our congressional leaders to understand.  The Members of Congress were left with their mouths open, their minds open, and they, in turn, emphatically thanked each invited guest from our diabetes community.  They were not there from just the JDRF or the ADA or the Patient Advocacy Coalition; as I have never heard them before–they were there on Capitol Hill for you, for me, for us.

Next week, this same committee has summoned the 3 main insulin manufacturers and the 3 PBMs (Plans Benefit Mangers) making up 80% of the proceeds to come to Capitol Hill and explain their point of view.

April 2nd 2019 may very well be the date to remember when the problem of the cost of insulin made it to Capitol Hill and Congress listened, and Congress acted.  Time will surely tell but holy wow, was I so proud of those who went up the Hill with one loud, unison voice of change.  Bravo to all of you and humbly, we thank each of you.

Anxiously we will await next week’s hearings.