There has been much discussion of late regarding insulin which is available at places like Walmart for a very reasonable expense.  Some are saying/reporting that people died by going on that particular insulin which they were forced to do because of the cost of the insulin usually used has skyrocketed out of control.

I’m not here to argue this point; sides are drawn and the battle to be right is occurring in many places all around us in the diabetes community.  What I would like to do is make a few points for all of us to think about, while we wait.

What we are waiting for is my first point——there is absolutely no reason on earth why anyone should stand idle and not keep up the pressure of advocacy at the boneheads responsible for these out of control insulin prices.  That fight needs to continue and needs to continue constantly.  There is absolutely NO REASON for any individual with this disease to not be given the insulin, THE BEST INSULIN, they need to survive.  That point needs to be clear.

Whether some like it or not, believe it or not, many people have survived using what is available at a lower cost. Before many of the diabetes tools in our diabetes tool box now available, there were limited resources.  When the insulin ‘hit’, sometimes it was like a crashing airplane.  Crashing was as much in our discussions as high and low blood sugar.  It was part of what we had to deal with, and what we had to do and with proper medical professional help, we charted the best course available.  Guess what? Some people died back then using this method.

Guess what?  Some people also have died because of something to do with their insulin pump.  Whether it malfunctioned or was not used correctly, is not always known.  People also die when a car malfunctions or is used incorrectly. We cannot stop driving anymore than we (or our kids) can stop taking insulin.  In the latter case, stop taking insulin is a death sentence.

Any fool can go out there and say that this is much ado about nothing because an alternative is available at Walmart.  It’s a stupid statement at best. TOTALLY AGREED. But……..BUT, until such time that this can get fixed, people with diabetes need to take insulin. And to change ANY course of treatment must have, and needs to be done, under medical supervision only.  There is no WAG (wild-ass-guess) here because that can cost you your life.  ANY CHANGE TO YOUR TREATMENT SHOULD BE DONE UNDER MEDICAL SUPERVISION ONLY.  PERIOD.

Remember the discussion how treating this disease is very personal and is different with each person? That there is no ‘one size fits all’.  Even with medical inclusion, we still have to pay particular attention to everything diabetes.  When you change one thing, it changes many things in one’s life.  It’s the truest form of real-life-domino-impact that one will ever see. So if some people are making the lower insulin work for them, are they wrong? If some people want the fire to get turned up in Washington so people can use the insulin they want; are they wrong?  What happened to one person’s treatment does not necessarily have to be the same as another’s?

I’m seeing a ton of energy from people trying to convince the world that it’s better to have nothing, than use the less expensive insulin available.  That’s just not true or my daughter, and many others, would be dead already because we were using that-type- ‘cocktail’ for years.

Is it a solution? No. It’s a stop-gap measure until the folks from Washington can get their heads out of their……let’s just say, the ground. Want to argue that point, argue it with Washington folks because arguing with those who do not have the power to change anything, is wasted energy.  No one should want or have the need to be right about this, what we all need is to see this resolved.  The pressure needs to stay with those who can, and who must; rectify it once and for all.
I am a diabetes dad.
Please visit my Diabetes Dad FB Page and hit ‘like’. 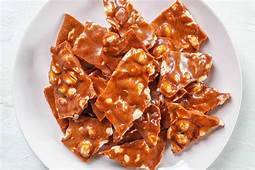 I have always found some of the terminology used in our diabetes world a bit…….odd.  How many of us have been in the company of strangers when our child, who is a good distance away, checks their blood sugar and shouts to us; “I’m high again!”  Funny to watch the strangers hearing this and shaking their heads in a ‘tsk-tsk’ shame on us and our drug addict kids.

Not a big fan of the Type 1/Type 2 naming club either.  Now I also think that we can waste millions of hours in trying to change it and many have certainly tried.  But I am not so sure I have ever heard of a Type 1/Type 2 Cancer, allergy, MS, cystic fibrosis, flu or anything else for that matter.  Type 1…..type 2…..really?  Nonfunctional Pancreas Diabetes……..or NFP………and Low-functional Pancreas Diabetes LPD….perhaps.  But truthfully Type 1 and Type 2 is surely better than Juvenile and Adult Onset Diabetes……what a mess THAT was…….right?

Another phrase I have always hated, never understood, and also lived with in one of our children is Brittle Diabetes.  Short version/definition is extremely hard to control diabetes.  Brittle sounds like if you drop it, it will break. Also interesting that it is the same name as a hugely high in sugar peanut-candy treat, don’t you think? It certainly does not describe what we went through.  Perhaps, ‘what-the-heck-is-going-on-we-never-sleep-she-has-no-idea-what-she-is-feeling-and-we-all-feel-out-of-control diabetes might be a better name although tad long I admit.

How about in your life? What diabetes phrases or words have had you scratching your head? Perhaps it keeps you up at night.  Or up in the early morning.  In the dawn….a dawn phenomena, oh wait………

“My intuition made me check…..”

You know what that is about, right?   I have absolutely no scientific study to back today’s article but I have been around long enough to know that there is an additional tool in a parents’ diabetes tool box that should never be ignored.  Never.

I have read so many stories of that feeling deep in the pit of one’s stomach, that sudden moment you wake up with a thought, and/or you do something ‘just one more time’ to make sure.

If you find that it was not correct, you move on; no foul.  But how many times have you acted upon it?  How many times have you read about a mom or a dad who ‘just had a feeling’ and acted on that feeling?  They found their child very low, very high, acting unresponsive, and on good days sleeping soundly with blood glucose in a normal range.

I’m here to tell you that you should never ‘poo-poo’ those feelings and you should act on them when they happen because what is the down side? You find out you are wrong.  And if you are wrong 32 times and right once—-well that is just fine, isn’t it?  Once is once enough when something could go so very wrong.

I do not know why these feelings occur, and I do not care either.  I’m not going to try to explain them and I don’t care what science says is possible or not possible when it comes to these feelings that no one would understand unless they are a parent.

Ever happen to you?  Intuition.  You did not buy it, find it, refine it, or even make it but it may very well be one of the most unrecognized tools in our diabetes tool box, and one of the most appreciated when proven correct.

And that’s a good feeling.

We have some work to do.  If ever I was reminded of that fact, it was last night.

I belong to a small group in my hometown.  We raise money for local causes surrounding diabetes needs.  In the scheme of things it is significant enough to make a difference to those entities we fund.  Not earth shattering but a difference none-the-less.  We work hard at raising money to help.

So last night we invited hospitals to “pitch us” on a project that had to do with diabetes, kids, and a significant impact in the community.

This was a representation of our community health care.

And there it is.

Here is my question……if this is a sample of what is out there, and I do believe it is, what do we do about it?

I look forward to hearing from you on this subject and please reply here at the site and not on the FB page so all can chime in.

Every summer thousands of young ladies attempt to be part of the Rockettes Super Intensive (RSI) program.  “Super”–beyond the norm.  More intense than intense.

Their sweat pushes off their bodies and the unrelenting instructor pushes the timing, the quickness, and of course that world-famous precision.

Discipline and strength beyond human endurance just to get a feel what it is like to be ‘that’ precise; ‘that’ good, and full of ‘that’ much confidence…..all in one week to feel a little like a Rockette.   Thousands want it, few get the opportunity.

Would we ever take our (or our children’s) diabetes ‘that’ seriously?  Rockettes Super Intensive seriously?

And in this RSI session is a young lady named Lauren.  She wants to be a Rockette so badly she can taste the idea of becoming one.  And yet, she is part of RSI and she IS DOING it with type 1 diabetes.  How serious do you think she must be with her diabetes?

Today I’m humbled.  Her story is an incredible one, she is a young lady but she is a child too.  People with diabetes are incredible; they do everything with the intensity of a Rockette; they have to–the kickline of their lives depend on it.